It is plastic under heating and pressure, and flexible at room temperature， We can use mold to get the shape and size of injection molded parts we need. Other additives mainly include fillers, plasticizers, curing agents, stabilizers and other additives.

China's injection molding industry started in the early 1950s， On the eve of the founding of the people's Republic of China, only a few big cities such as Shanghai, Guangzhou and Wuhan had plastic parts processing plants only phenolic and celluloid injection molding

948000 tons, which increased sharply to 1354200 tons in 1988 and reached 2 million tons in 2000. In recent 20 years, the output and variety have increased greatly, and many novel engineering injection molding have been put into mass production.

At present, China's total output of plastic parts has jumped to the second place in the world. According to statistics, in the world, the amount of injection molding has doubled almost every five years in recent decades, and it is expected to double

every eight years in the future

Today, China's injection molding products, together with steel, wood and cement, constitute the four basic materials in modern society. They are one of the important materials to support the development of modern high technology 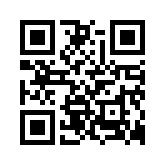